We have come to the point when we don’t know anymore which day of the week it is – great feeling! This resembles a bit the Inle Lake, Myanmar: you also don’t know where it begins and where it ends. We spent a whole day on a long tail boat on the lake, trying to explore its secrets, meet the people living on-, in- and from the waters. It is just like what you see in the documentaries: a world of wonders.

It‘s not clear where the green land ends and where the shallow waters begin. The swampy shore is mostly inaccessible due to the water vegetation. The locals grow their tomatoes, peas, salads and thousands of other vegetables we do not even know in the floating gardens, which they look after from small boats. Millions of birds swim, hunt and breed on the water; seagulls, herons, cormorants, goose, storks, just some of those that we have recognized. 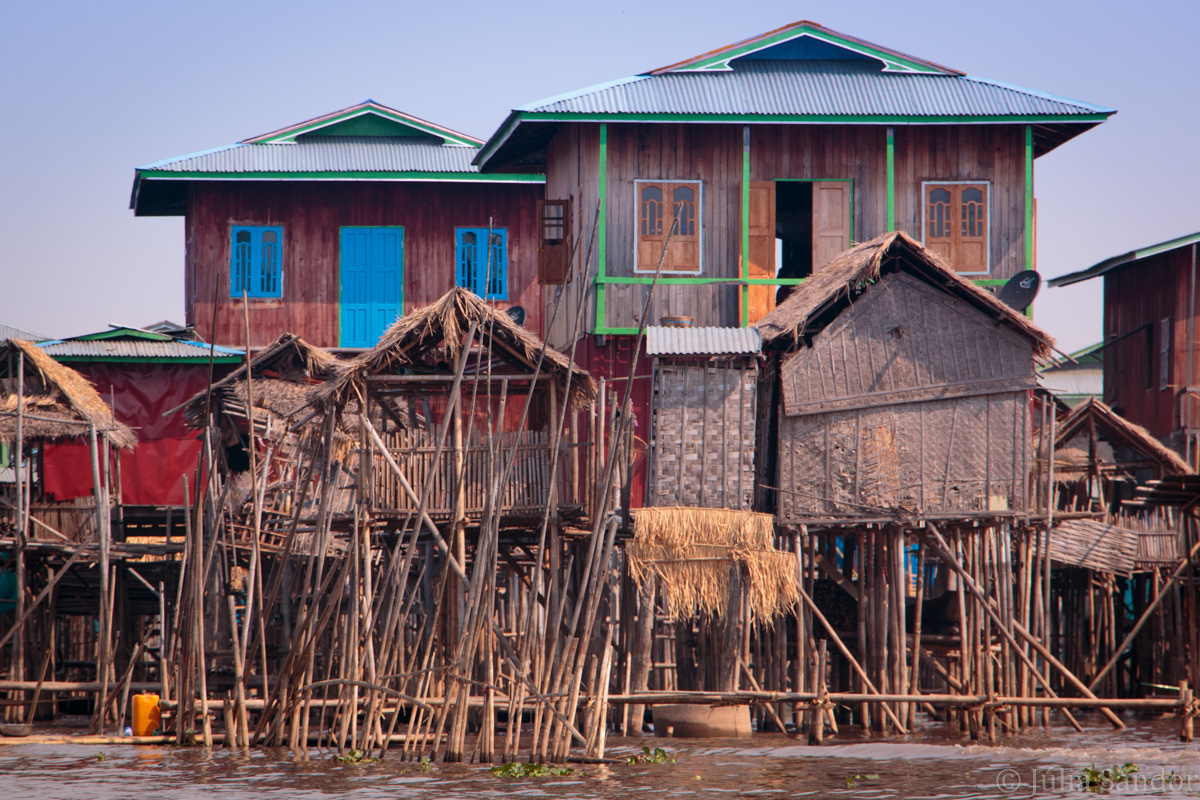 Complete villages are built in the waters. The houses are standing on tall wooden stilts, ready for the floods coming with the monsoon, when the Inle Lake becomes 9-times as large as its current size. Everyday life is very busy around these villages. Hundreds of small motor boats and paddle boats are cruising the canals, fishermen are everywhere, looking for their daily catch, peasants are collecting seaweed to fertilize their gardens, vendors sell their goods from their boats. We have seen many women doing their chores on the stairs of their houses: washing clothes, dishes or even themselves and their children in the water of the lake. Bigger kids are swimming and playing in the water, asking the boats passing by to splash water over them with the propeller of the engines.

Spirituality on the Inle Lake

In between the villages you can always point out – and visit if you like – pagodas, monasteries and stupas, which make the view even more stunning. But this region can still not compete in spirituality with Bagan. 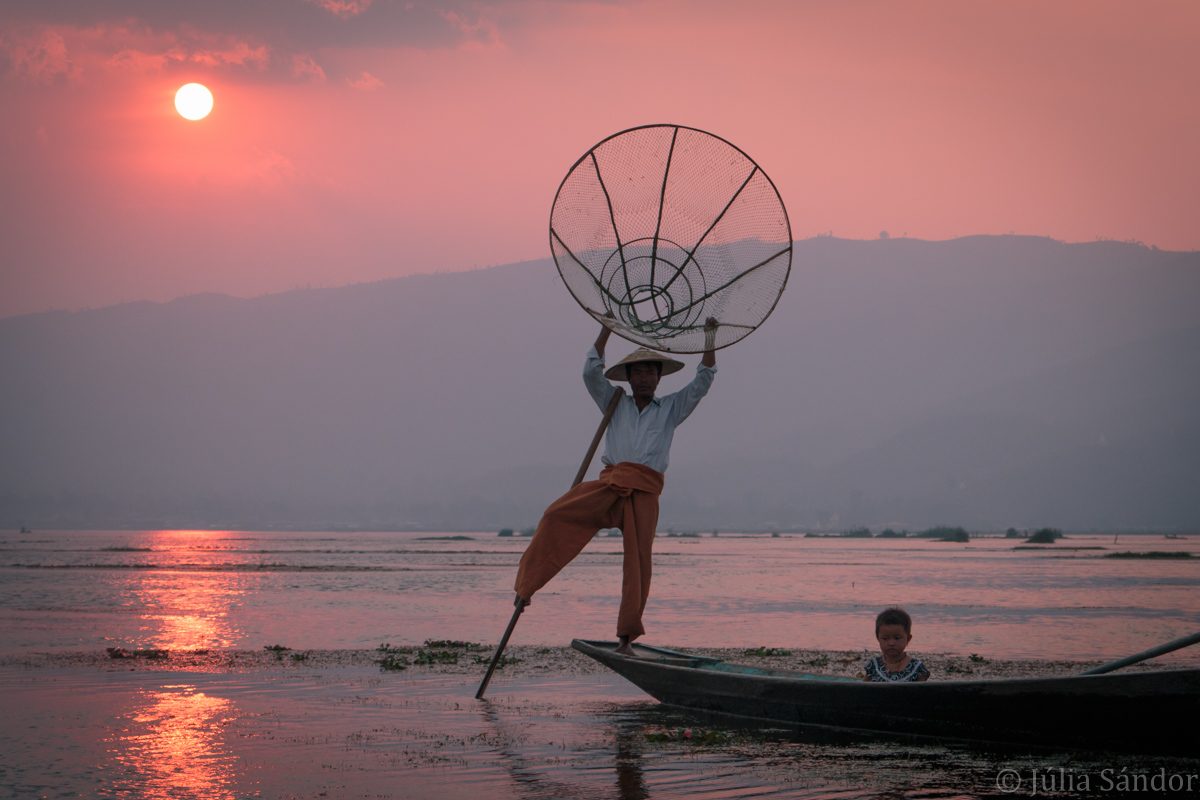 And there is of course the unmissable romantic sunset over Inle Lake! Beautiful colors, the water is smooth like silk, birds gather to get ready for the night. And suddenly the leg rowing fishermen appear to show their acrobatic skills with their cone shaped net, using the paddle to turn and move the boat with one leg only. And behind them the Sun slowly descends….

Hopefully we can give you a feeling of Inle lake’s mood with the selected pictures. 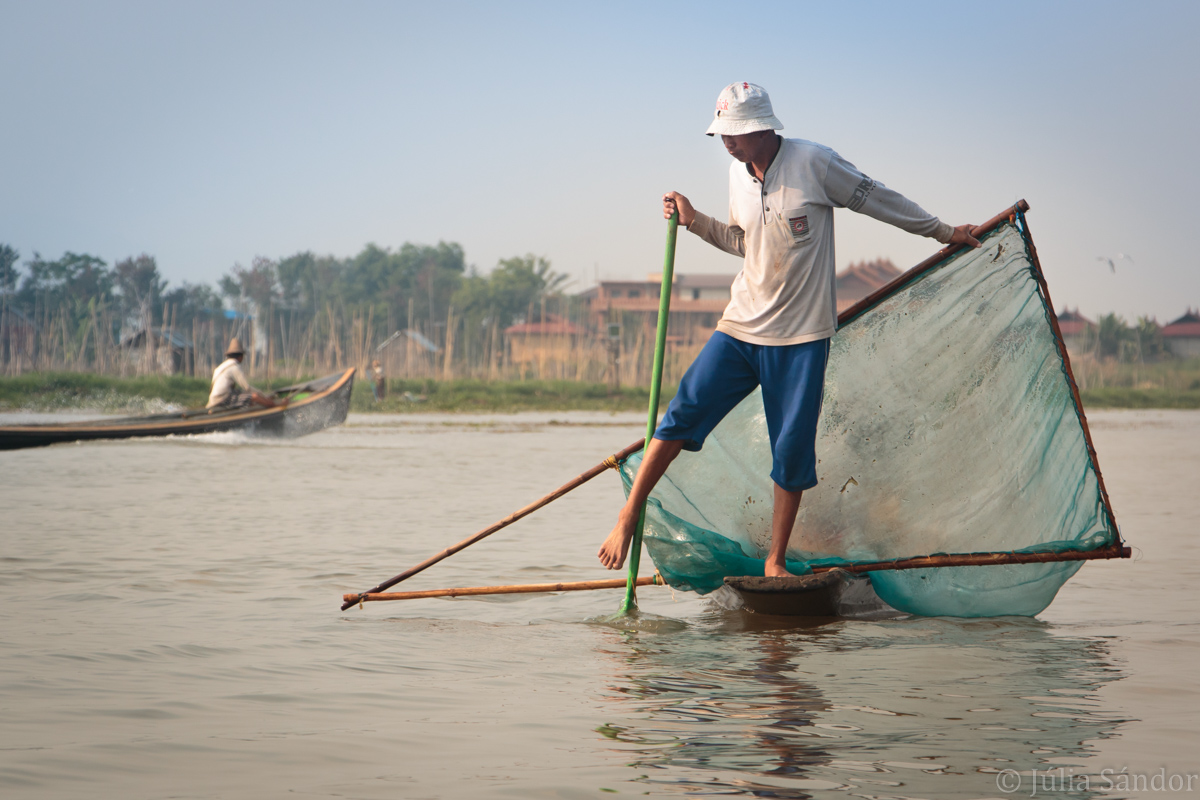 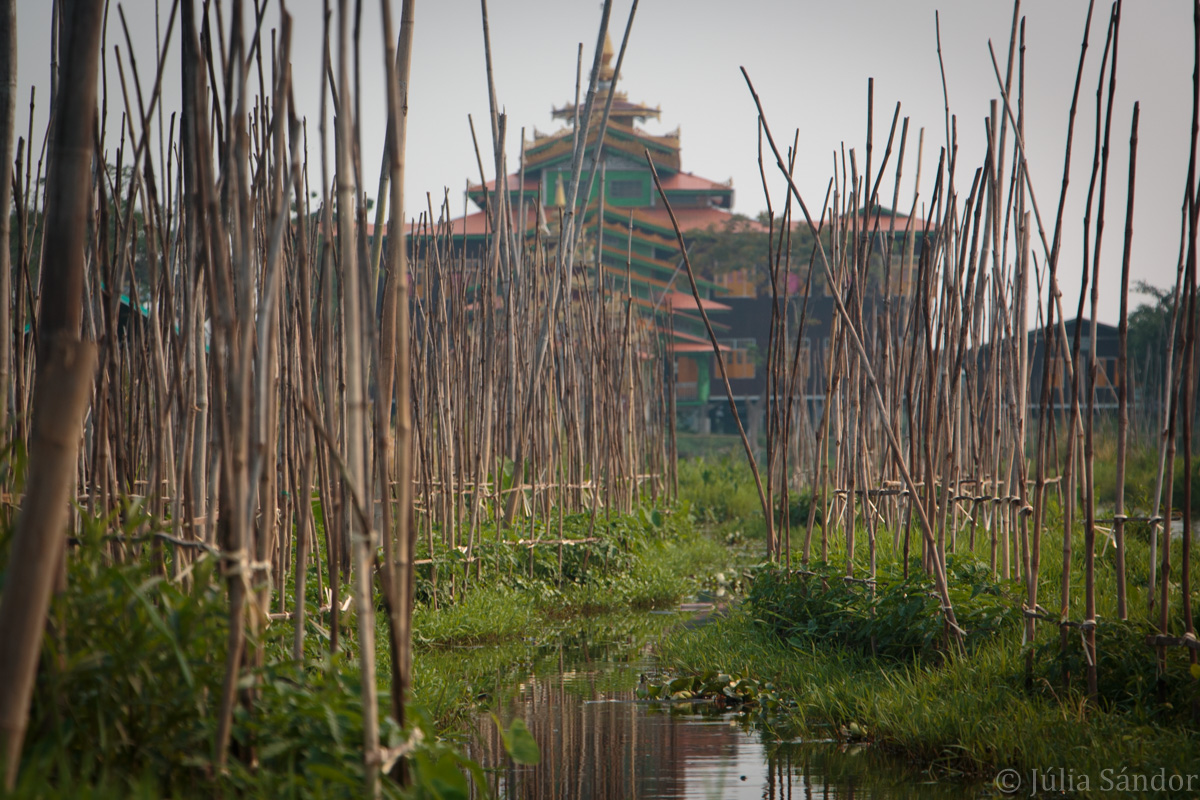 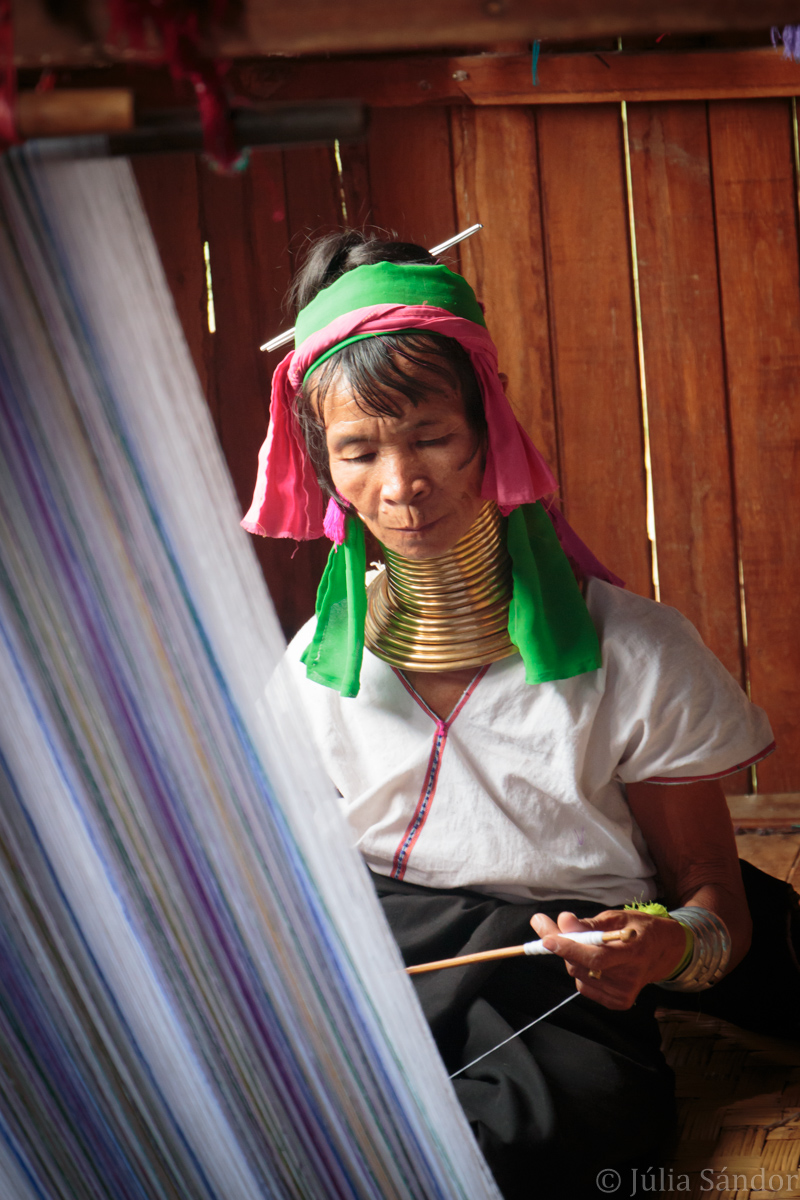 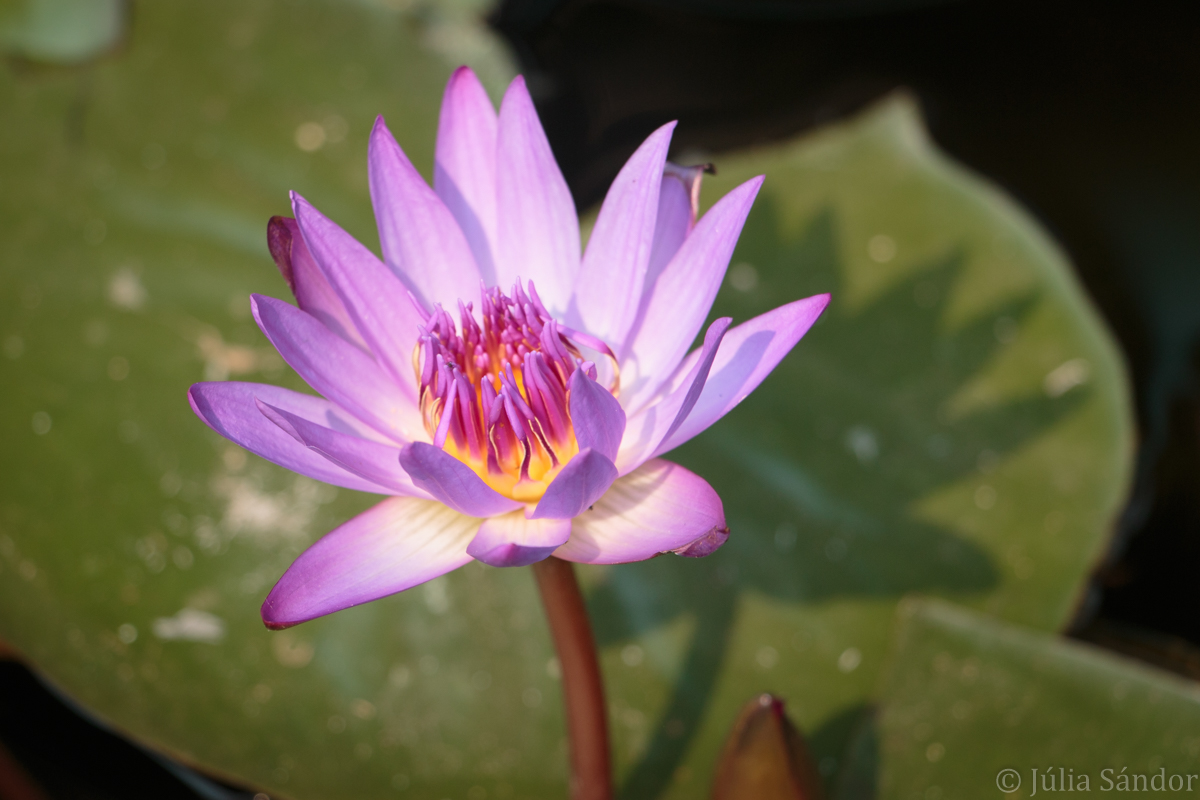 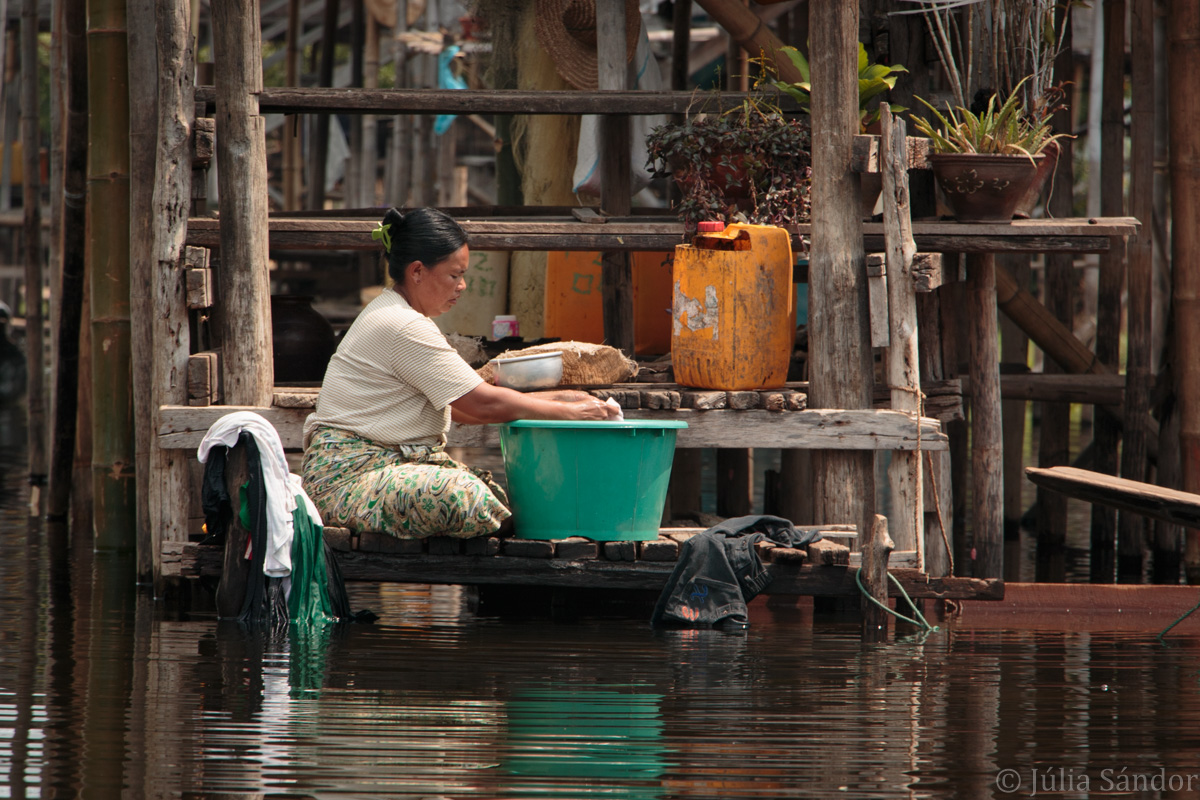 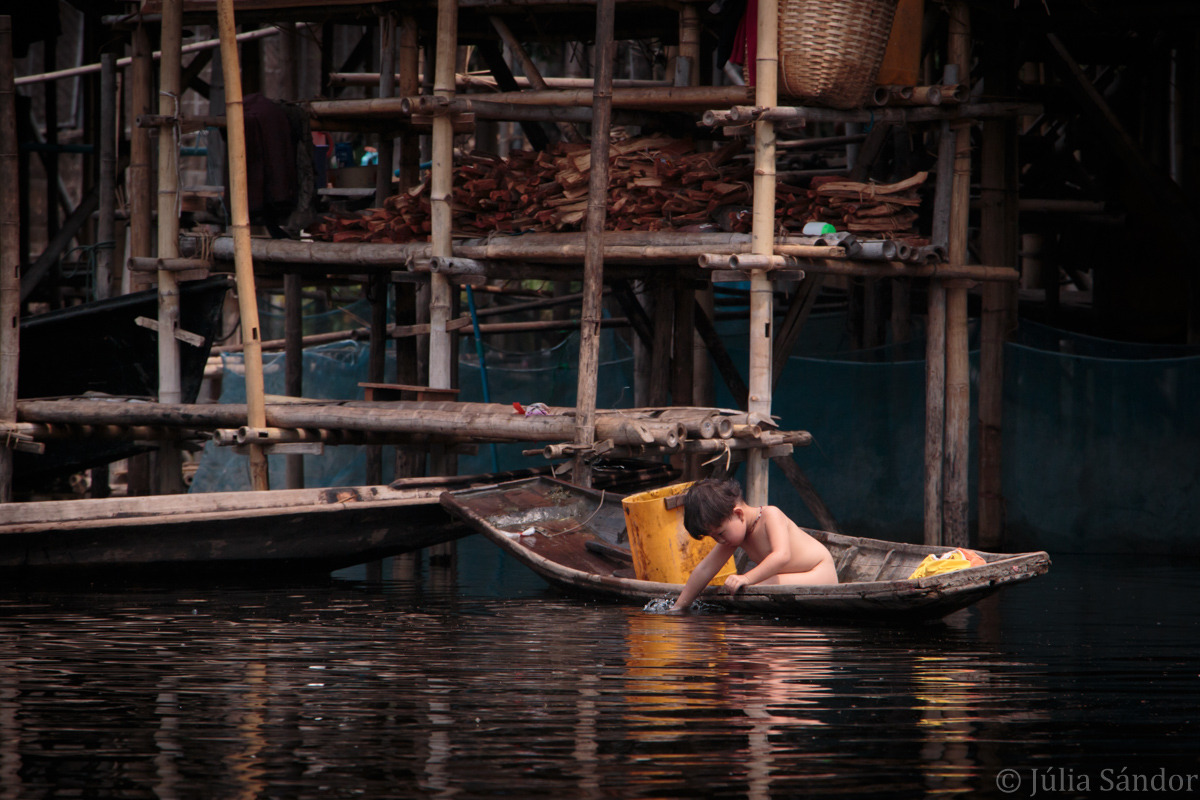 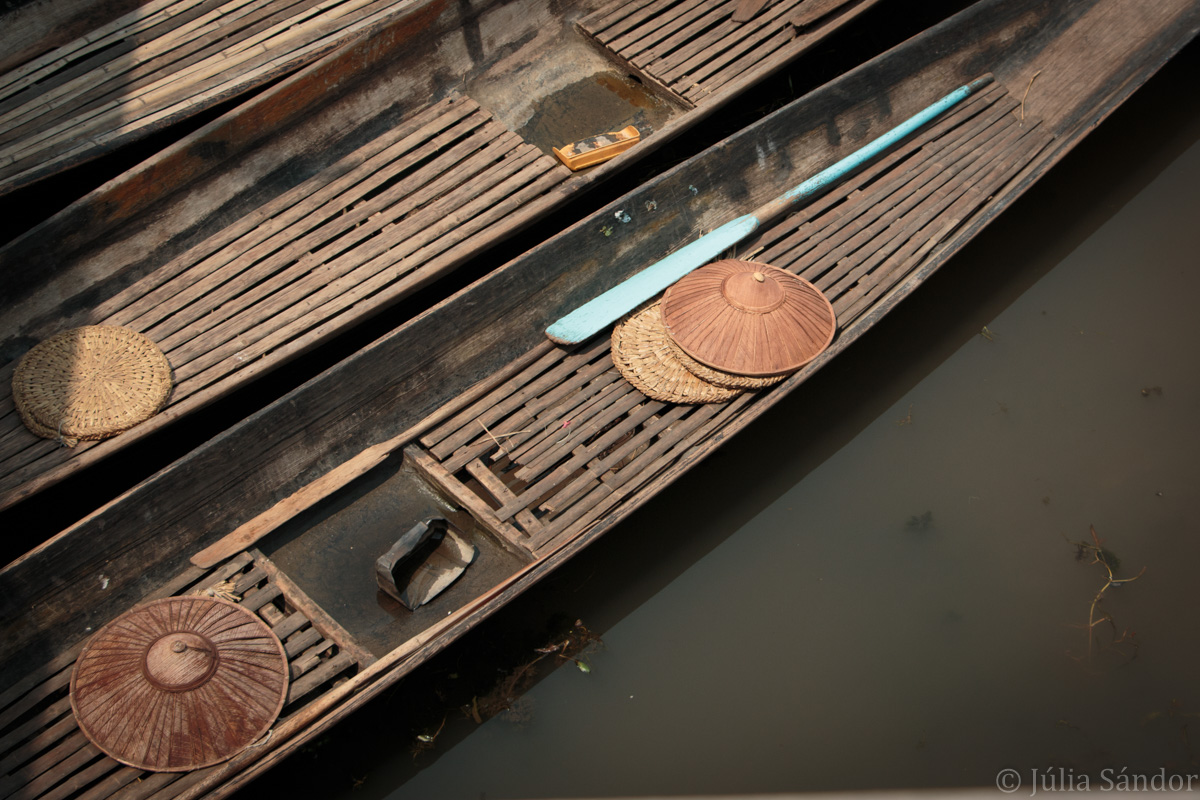 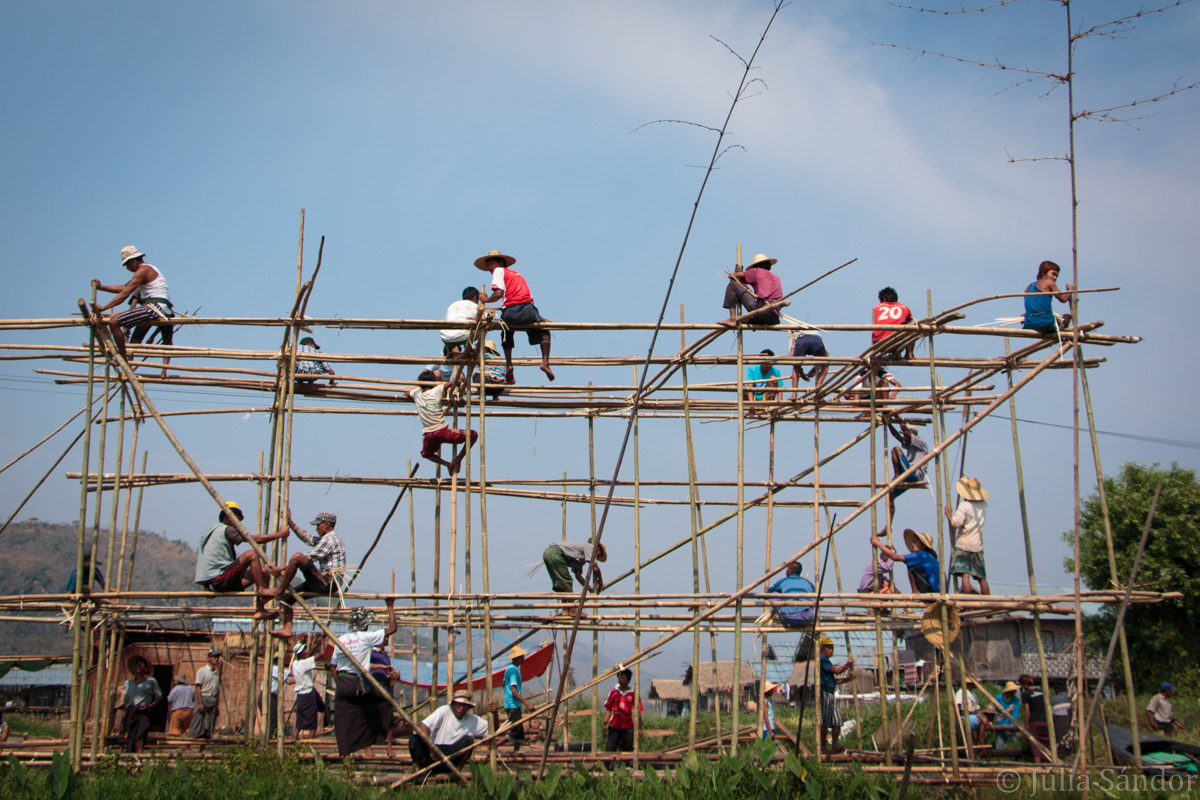 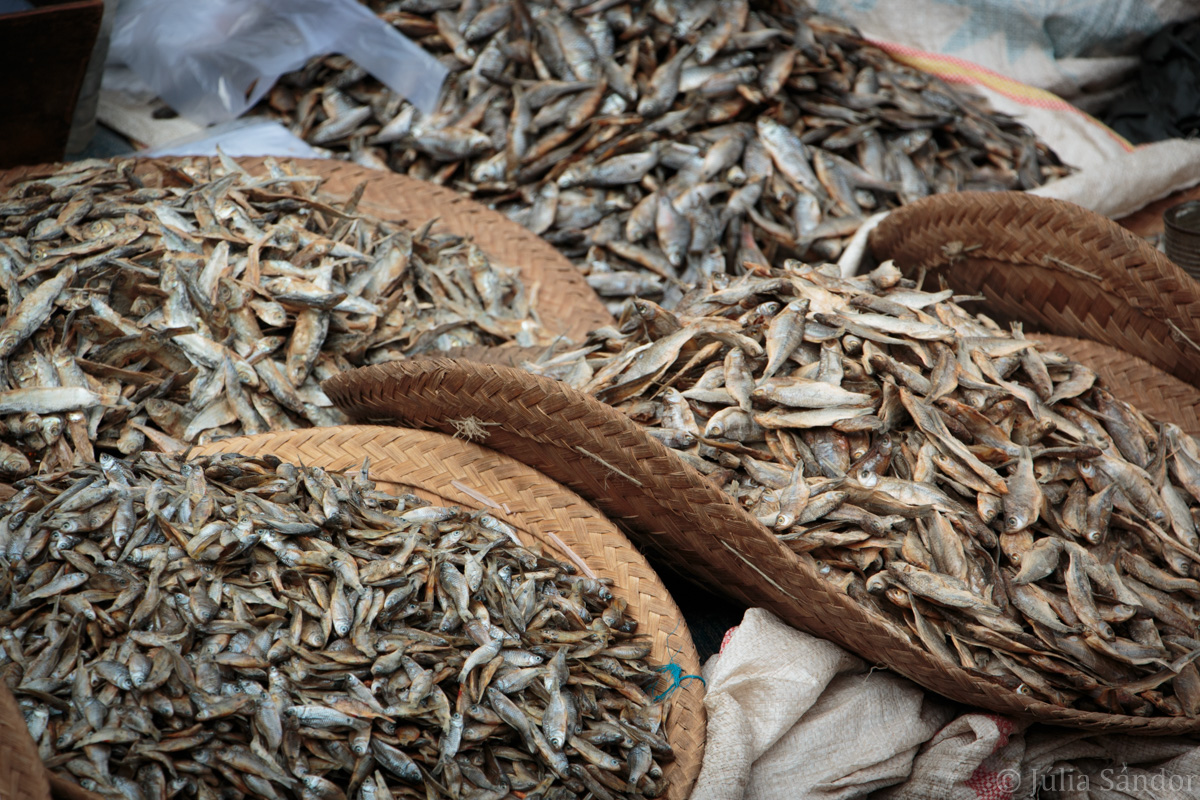 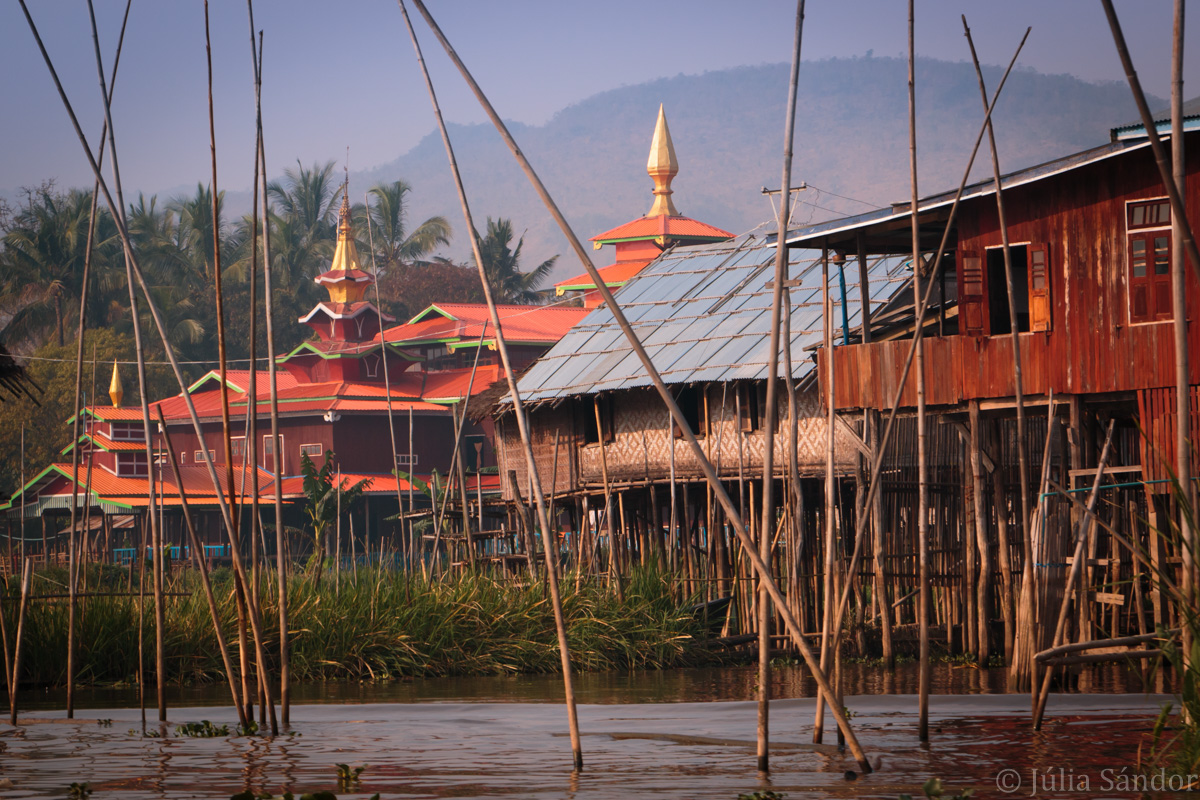 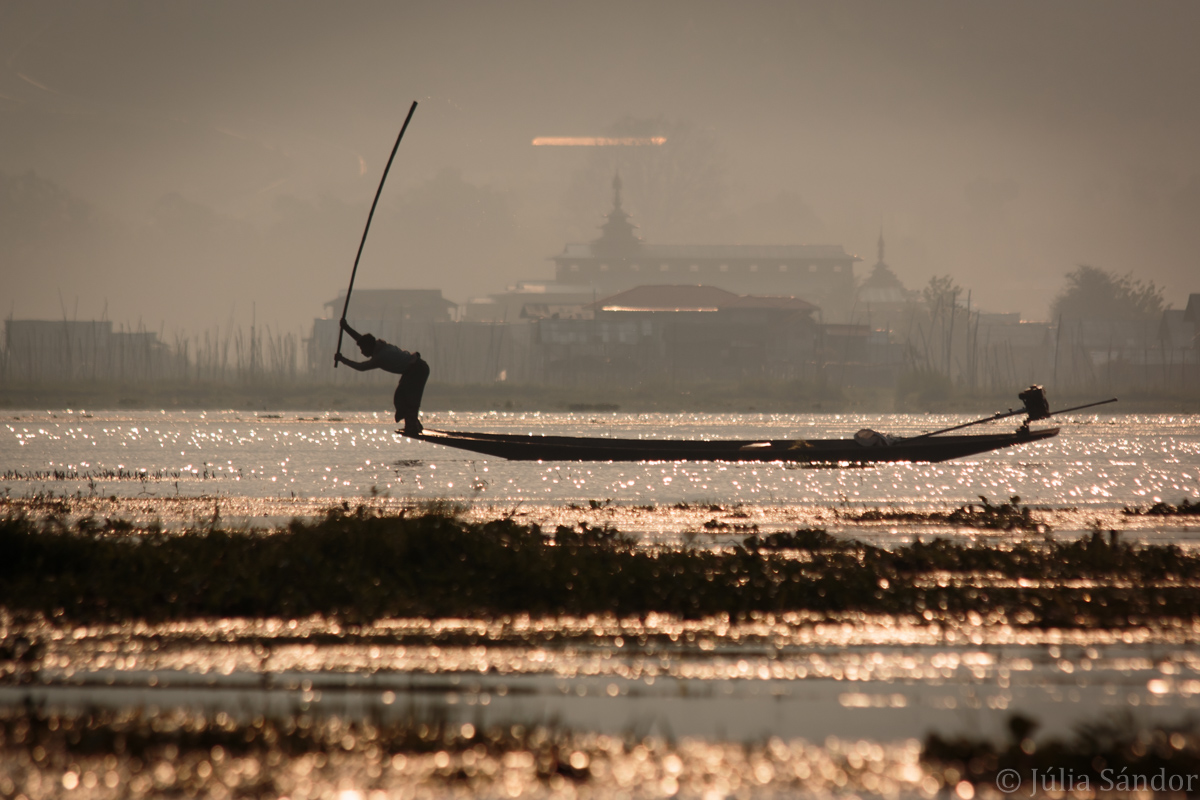 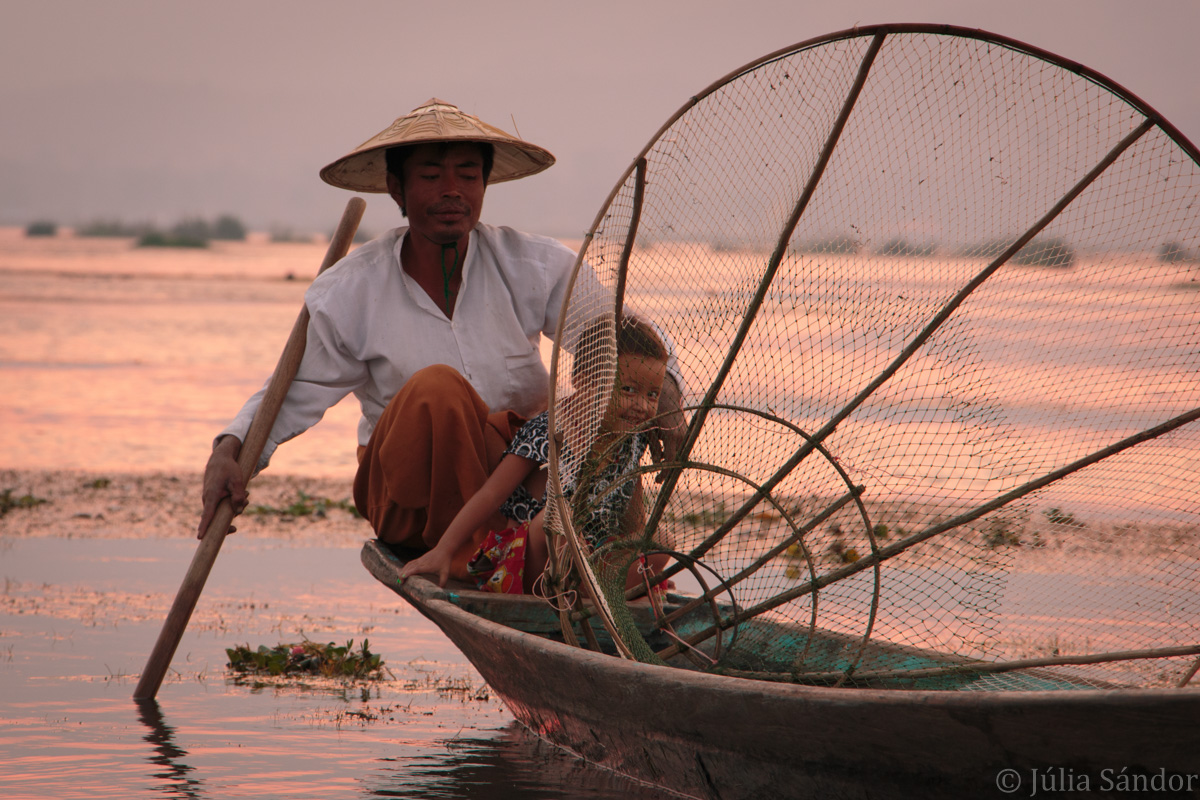 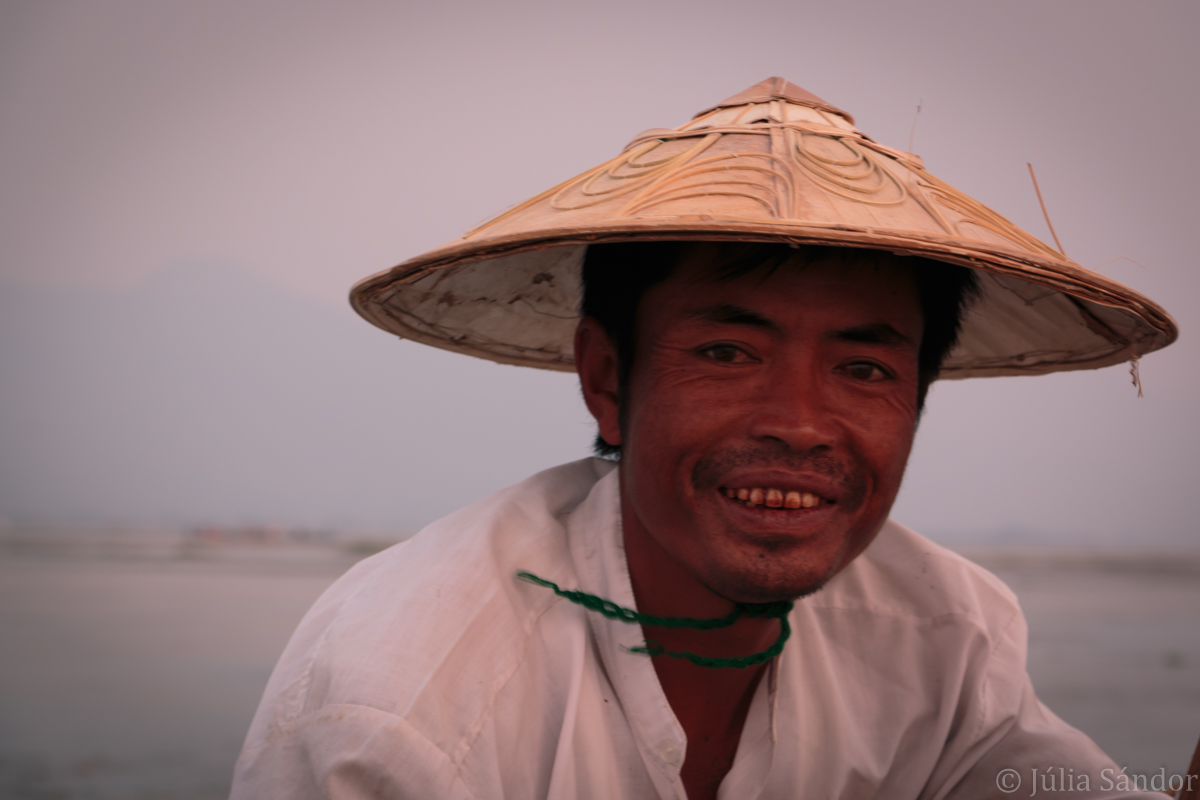 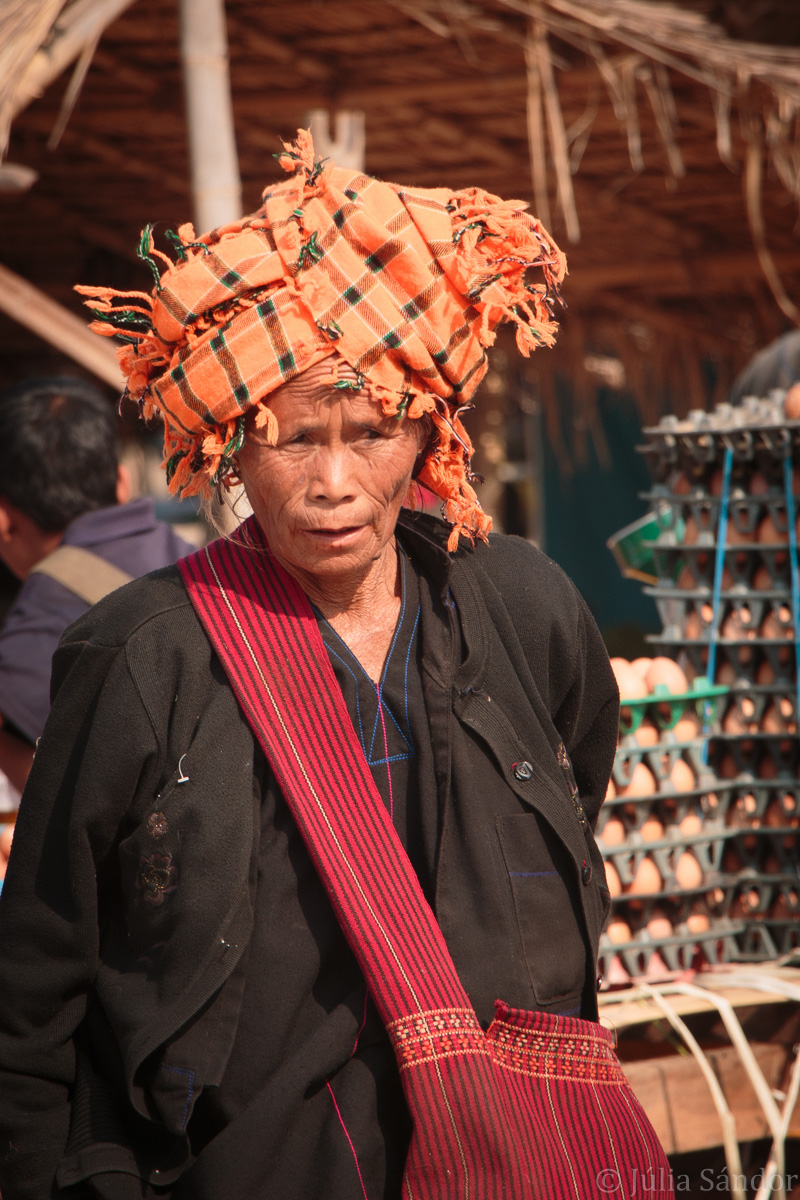 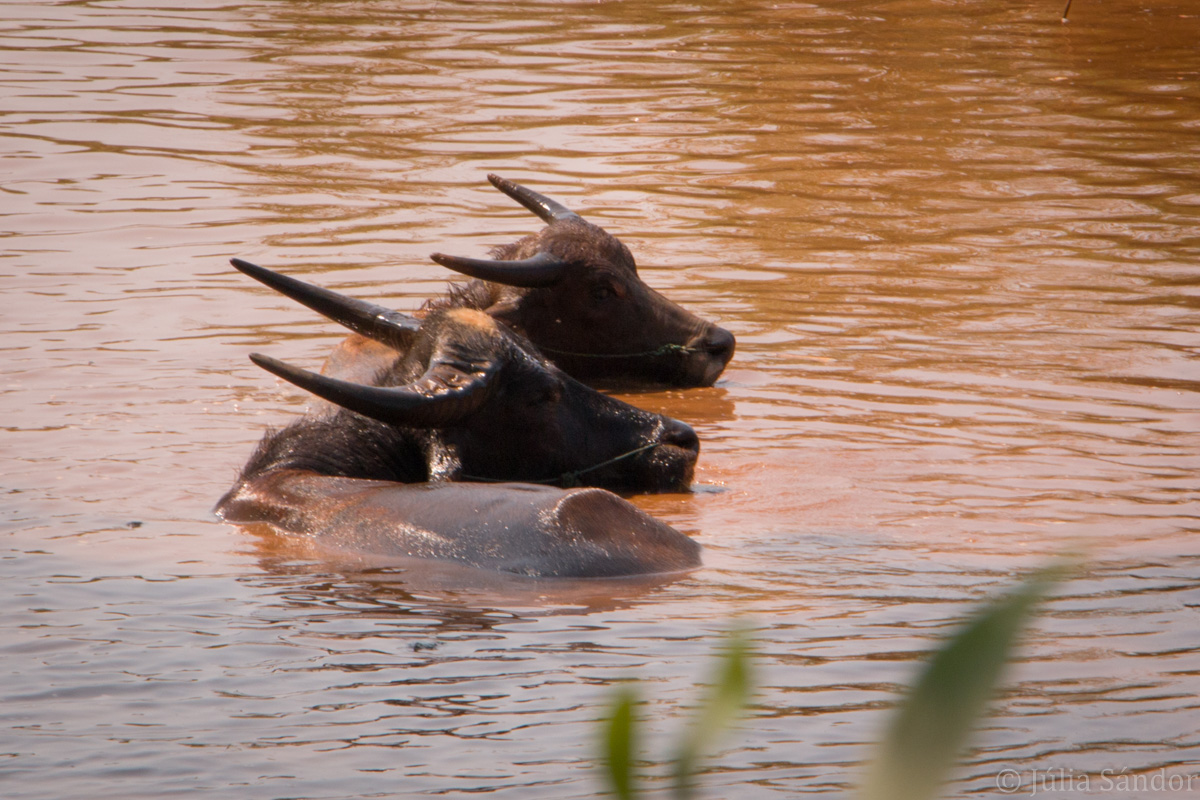 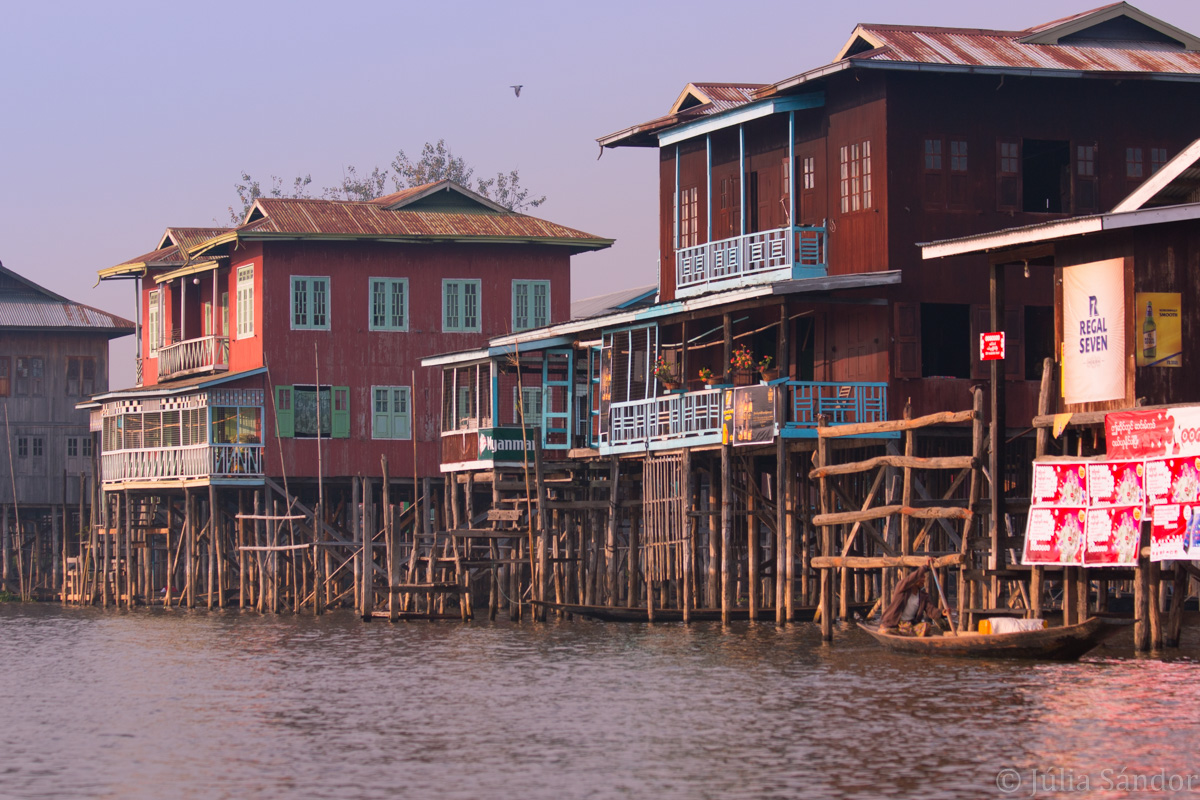